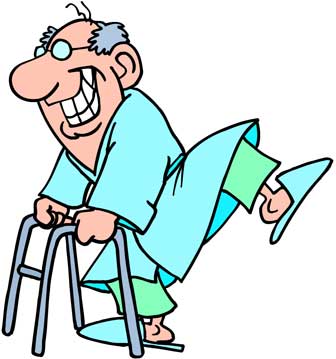 Nursing home companies invest heavily in local politicians to ensure the failure of efforts to pass legislation unfavorable to the industry and to buy protection against fines and penalties levied by state officials charged with investigating and monitoring the industry.

According to a September 2006 report by Consumer Reports, "they wield considerable clout in state capitals, where their $500, $1,000, and $3,000 contributions count with gubernatorial, state legislative, and judicial candidates."

For example, in Arkansas the nursing home industry was a top contributor for state candidates in 2004, according to Followthemoney.org, a nonpartisan database of campaign contributions. The Arkansas Health Care Association, which represents for-profit nursing homes, gave almost $100,000 to state politicians.

The Association also maintains an office near the Arkansas Capitol in Little Rock, Consumer says, where lawmakers can stop in and get a free lunch 3 times a week during legislative sessions.

In return, Consumer Report states, "messages from legislators, subtle and not so subtle, filter down to regulators, who have learned that nursing homes will challenge them if they press too hard."

Grachia Freeman, a former nursing home inspector in Arkansas, said supervisors "would not let me write deficiencies I wanted to write" for a facility. "They were angry with me," she said, "for investigating and told me not to complete the survey."

According to the Consumer Report, this pressure "gives facilities the confidence to push back in so many ways, like appealing citations and sanctions because they know that state legislators tend to be very protective of homes in their districts," says Iris Freeman, principal consultant with Advocacy Strategy, a Minneapolis firm that works with community groups on behalf of the elderly and disabled.

The Omnibus Budget Reconciliation Act of 1987 established a survey and certification process for states and CMS to verify that Federal standards are maintained in Medicare and Medicaid certified nursing homes.

CMS contracts with state agencies to certify compliance with Federal standards no less than once every 15 months. Additional surveys are also used to investigate complaints. The state uses information from the surveys along with a nursing home's past record to determine what action to take or recommend.

Critics claim that the inspection process has been corrupted by the industry and as a result the large for-profit chains are escaping punishment for blatant violations of federal laws set in place to ensure the proper care of nursing home residents.

A December 2005, Government Accountability Office Report on the quality of nursing home oversight lists 2 consistent and longstanding problems: (1) serious inconsistencies in the results of state surveys; and (2) continual understating of negative findings by state surveyor agencies.

One of the major problems critics say, is that nursing homes are being tipped off about the dates of inspections so that random surveys are seldom random and the predictability allows the nursing home staff to conceal the home's poor quality of care.

Elder abuse Attorney, Phillip Thomas, says, "honest nursing home employees will tell you that the facility knows when the inspectors are coming."

"I have had CNA's flat out tell me that they "always" knew when the inspectors were coming and the facility cleaned up and broke out things like special linens for the occasion," he said.

One case is a breach of contract class-action on behalf of residents who allege they were not provided adequate care because the homes were grossly understaffed and the other involves severe abuse and neglect where a woman suffered bed sores, scabies (lice) and had a feces covered bandage rot into her skin because it was not changed.

However, he points out that the job gets easier if residents are given medication to make them sleep a lot because then they don't ask for much. "Noisy, demanding residents make it hard for these already struggling staff members," he says. "Medication helps tremendously."

State law enforcement agencies are finding ways to investigate nursing homes that provide substandard care and the inspection process that allows it to continue. On June 2, 2006, California Attorney General, Bill Lockyer, announced that the Bureau of Medi-Cal Fraud and Elder Abuse (BMFEA) had arrested the owner of 6 California nursing homes in connection with the bribery of a nursing home inspector from the LA County Department of Health Services (LADHS).

Operation Guardians inspectors called MZR's center "the worst they have seen in a skilled nursing facility," according to the September 2005 report by the inspection team. The more than 40 violations at the facility included:

Following their inspection, the BMFEA launched an investigation into possible criminal elder abuse, and the LADHS was called in to clean up the conditions at the nursing home and protect the residents. 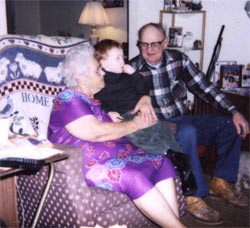 LADHS then conducted its own inspection and the inspector asked Agulto about reports that MZR hired LADHS employees as "consultants" to perform work outside the scope of their government job and Agulto asked the inspector if he was interested in becoming a "consultant."

Shortly before Christmas in 2005, Agulto contacted the inspector and said Robertson wanted to give him a holiday card, and Agulto delivered the card with $500 inside on December 24, 2005.

According to the criminal complaint, the inspector then contacted the BMFEA and agreed to work as a confidential informant. The inspector subsequently met with Robertson, Agulto and Mercado at various times and was offered a job as a "consultant," according to the complaint.

While acting as an informant, the inspector received an additional $6,500 in bribes from January 2006 through April 4, 2006. In addition to the money, Robertson gave the informant an $800 Prada purse, and offered to provide him with paid vacations to Europe, as well as a Lexus or Mercedes.

In his press release, Mr. Lockyer said, "I hope the owner's claims of having a cadre of public employees secretly on her payroll prove to be false bravado."

"But if they are not," he warned, "we will apply the full force of the law."

All total, MZR operates 6 nursing homes in California and combined, the six facilities have 530 beds. "From 2004 through the present," the press releases said, "Robertson and MZR have received $44.26 million in payments from Medi-Cal."

"In my seven years as Attorney General," Mr Lockyer stated, "I have seen few more disturbing cases of public trust betrayed and gross abuse of the elderly who cannot defend themselves."

"The owner of these homes," he said, "lived in luxury on the taxpayers' dime while the senior citizens she was paid to care for lived in squalor."

And this is not isolated case. Serious elderly neglect and abuse is happening in nursing homes all over the country. In the fall of 2004, the Indiana state Department of Health inspected the Northgate Healthcare nursing home after it was reported that a man, who had open sores on his back, was taken to Marion General Hospital in October 2004 wearing clothing covered in excrement and fly maggots, according to state reports.

"It was the most horrible thing I have ever seen," a report quoted one emergency room employee as saying.

On May 19, 2006, the Indy Star reported that a grand jury had indicted Zanna Paul, a former director of nursing at Northgate, and Sandra Andersen, the facility's former administrator, with one count each of neglect of a dependent resulting in bodily injury, for allowing the resident to lay in his own waste for days with back sores and maggot-covered clothing.

Advocates for nursing home reform are outraged over these recent cases. "These examples of egregious behavior should always be treated as what they truly are - criminal neglect and or abuse," says Barbara "Bee" Becker, an ardent advocate for senior citizens in nursing homes since 1999, when her mother-in-law, Helen Straukamp, was assaulted and killed by a known violent, convicted criminal patient in a facility in Evansville, Indiana.

"When a vulnerable, disabled person is found in such conditions in a private home in the community," she points out, "the caregiver is criminally investigated, criminally charged and, if found guilty, answers to a criminal court."

"However," she continues, "when this inexcusable lack of basic humane care occurs behind the doors of a long-term care facility, provided by professionals who are hired by and answer to corporate entities which cower behind shell company shenanigans, it is usually treated as nothing more than a negotiable regulatory infraction."

"Profiting from these inhumane conditions, some of which are reminiscent of prison camps," Ms Becker says, "is also Medicaid and Medicare fraud."

"The providers are profiting from not providing mandated care, and doing so at primarily taxpayer expense," she notes.

"If the providers don't know what constitutes providing even minimal human necessities, they should never be licensed, or entitled to keep a license, to participate in the business," she contends.

Civil monetary penalties are one of 8 remedies that may used to address deficiencies in quality of care or safety standards. The fines can be assessed per day of noncompliance or per instance of noncompliance, and dollar ranges are to correspond with the seriousness of harm to the patients.

However, fines and civil penalties, Ms Becker states, often fall victim to the industry's "negotiations" with oversight agencies. "The actions may disappear entirely," she says, "or they may be reduced or, even if they stick, they may not ever even be collected."

To verify this assertion, she points to an April 2005 reported titled: Nursing Home Enforcement: The Use of Civil Money Penalties, that describes reduction, assessment, and collection patterns for civil money penalties imposed by the Centers for Medicare & Medicaid Services in 2000 and 2001, published by the Office of Inspector General after conducting an investigation.

During the investigation, the OIG analyzed 100% of the data from CMS's regionally based Long-Term Care Enforcement Tracking System for enforcement actions beginning in 2000 and 2001, in which a CMP was imposed. The LTC database is a compilation of each CMS region's nursing home enforcement case files.

The analysis found that while $81.7 million in CMPs was imposed during 2000 and 2001, only $34.6 million, or 42% was paid by December 2002. The difference is primarily attributable, the reports notes, to reductions authorized by regulation and delays in making and collecting payments.

Although CMPs were used in about 51% of the cases, the report states, the amounts originally imposed were often substantially decreased before payment was due. Under current regulations, the investigators found, systematic reductions, appeals, settlements, and bankruptcies to be the main factors contributing to this decrease.

Many of the worst culprits never get fined to begin with. In 2003 and 2005, Consumer Reports examined whether states were levying fines against their sample of poorly performing nursing homes and determined that the states that could impose fines were not always using that authority.

An earlier study found that in states with the power to impose fines, only 55% of the facilities that could have received a monetary penalty actually did. In their most recent analysis, Consumer found that the states fined just 50% of such homes.

The report said, that 8 of the 12 five-time repeaters on this year's list of poorly performing homes had not received state fines between 1999 and 2004, and that the others received minimal penalties.

According to Irvine, California Attorney, James Daily, nursing home abuse can include over-sedation, poor medical care, or wrong medication, but says in private litigation, cases of elderly abuse and neglect are next to impossible to prove.

"Records are created," he says, "lies are told, and the only way anyone can win is by finding former employees who will tell the truth about their employers."

"Unless they themselves are licensed," he adds, "then they will be afraid of speaking because they fear the nursing home making them lose their license."

Evelyn Pringle is a columnist for OpEd News and an investigative journalist focused on exposing corruption in government and corporate America.

This article originally ran on September 2, 2006 on Lawyers and Settlements.com.
Reposted here with permission.