If you have little left to show for your annual income figure on your W2 or 1099, it's time to rethink your approach to spending. Financial guru Eric Tyson offers three tips for taking control of your financial destiny.

We're almost a month into 2011 and you know what that means: your wake-up call is set to arrive in the mail. That's right. Your W2 or 1099 will be here soon, if it isn't already gracing the "tax stack" piling up on your kitchen counter. If you're like most of us, you tear off the perforated edge, pull out the center page, and gape at the amount you made in 2010. Where did it all go? you wonder. It's not a fortune, but it's enough that I should have a nice little chunk set aside in savings or investments--rather than a hefty new car payment and an escalating credit card balance.

Without a doubt, the number-one personal financial problem...is excessive spending and accumulation of high-cost consumer debt.
~Eric Tyson, in Mind over Money

Don't feel too discouraged. The first step toward solving a problem is admitting you have one. Former financial counselor Eric Tyson, best-selling author of the book Let's Get Real About Money! and Mind over Money, says this is the perfect time of year to take stock of your spending habits and make a change in your life. His million-plus copy best-selling book Personal Finance for Dummies (Wiley) won the Benjamin Franklin Award for Best Business Book of the Year.

"The key to breaking your overspending is to become aware of how much outside messages influence," he says. "Many messages in our society--the proverbial Joneses--tell you that you must spend, spend, spend to project a successful image. Those who live consumer debt-free and within their means tend to coast below the radar. That's too bad. Those are the people we should emulate, not the ones who always have the latest gadgets, the trendiest wardrobes, and the most maxed-out credit cards."

If you want to atone for last year's financial sins and make a fresh start, you must change the way you think about spending. Tyson offers a few suggestions:

Mental Mistake #1: Thinking consumer debt is the American way--everyone does it.

The Remedy: Realizing you don't have to be like "everyone."

No wonder racking up credit card debt seems "normal" to most Americans. Even our government spends money it doesn't have. But we all know credit cards, with their astronomical interest rates, bleed us dry, prevent us from building a nest egg, and lead to untold stress and anxiety. Tell yourself, If that's normal, I'd rather be abnormal. "It's like the hypothetical question Mom always posed, 'If everyone else is jumping off the Empire State Building, does that mean you should do it?'" notes Tyson. "First of all, not everyone lives with debt. But even if they did, if the herd is headed off the cliff, you'd be a fool to go along."

Mental Mistake #2: Assuming you have to drive a shiny new car.

The Remedy: Imagining how good it will feel not to shell out that $400 each month.

Not only does Tyson think you should keep your old, paid-for car, he doesn't believe in financing automobiles. At all. "I may be one of the few people in America who finds it financially unwise to have a monthly car payment," he reflects. "I truly believe that people should save up enough money to pay cash for a car. If all you can afford is a used car, so be it. Is what you drive really so important? Wouldn't that monthly payment be better spent saving for retirement, building up a college fund for the kids, or even taking a memorable family vacation?"

The Remedy: Trying on a more modest lifestyle for a year. (Seeing really is believing.)

If you are working yourself to death to pay for the large home, that gas-guzzling SUV, and the giant-screened TV, on some level you probably think they're necessary ingredients for happiness. But are you happy living this way? Really? Tyson suggests that you dramatically downsize the spending for a year. "I promise that once you try living with an older fuel-efficient car, cooking instead of dining out five days a week, and paying with cash, you'll realize that you're just as happy as you were in your free-spending old life," he says. "In fact, you'll be happier. Less money anxiety and more time spent at home with your family will make the 'sacrifices' seem inconsequential."

"Healthy financial habits start with making smart, conscious, reasoned-out decisions instead of letting outside forces dictate how you're going to live," Tyson says. "If you're spending to impress your neighbors, your coworkers, or your clients, you're doing it for the wrong reasons. They won't be the ones working 'til they're 80 because you spent all your retirement money. You will. Make a big change now. Next year when you open those tax forms, you can feel good about what you earned and where it went." 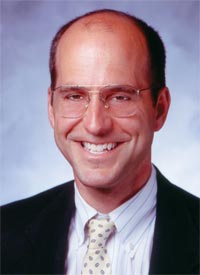 Eric writes a syndicated newspaper column and is a former columnist and award-winning journalist for the San Francisco Examiner. His work has been featured and quoted in hundreds of local and national publications and media outlets including Newsweek, The Wall Street Journal, Los Angeles Times, Chicago Tribune, Forbes, Kiplinger's Personal Finance, Money, Worth, Parenting, and USA Today, as well as on NBC's Today Show, ABC, CNBC, PBS's Nightly Business Report, CNN, CBS national radio, NPR's Sound Money, and Bloomberg Business Radio. He was also a featured speaker at a White House conference on retirement planning.

Tired of working as a management consultant to Fortune 500 financial services firms that were more interested in maximizing short-term profits than in providing sound financial products and services, Eric founded, in 1990, the nation's first financial counseling firm that works exclusively on an hourly basis. He started his new company with a simple mission: to provide objective, cost-effective, personal finance advice, especially to nonwealthy Americans. Through family and friends, Eric had seen many intelligent people make horrendous mistakes in managing their money.

In addition to his writing and counseling, Eric also taught the nation's most highly attended personal financial management course at the University of California, Berkeley. A dynamic and provocative speaker, he has spoken at many corporations and nonprofits.

His educational background includes a bachelor's degree in economics from Yale and an MBA from the Stanford Graduate School of Business.