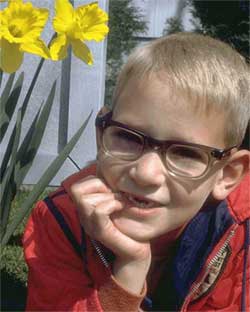 An Exercise in Happiness For Kids!

How Exercising Happiness can Benefit all Aspects of a Childs Life

Children 'Need Lessons in Happiness,' reads the headline in an article by Graeme Paton, Educational Correspondent for the BBC in March of 2007. According to Senior British Government Advisor, Lord Richard Layard, "All school children should have "happiness" lessons up to the age of eighteen to combat growing levels of depression."

The rate of childhood depression in America is increasing by 23% a year according to a Harvard Medical Center study. The question is "can we turn these frightening statistics around?

According to mountains of research, the answer is an absolute YES!

Research over the past few years on the topic of raising resilient, self-confident and optimistic children provides me with great confidence that these statistics can, and will be turned around substantially. Scientific evidence of the benefits of happiness exercises is mounting, and these benefits include, but are not limited to longer life, fewer illnesses, and stronger interpersonal relationships, academic and professional success, higher levels of positive emotion and life satisfaction and lower levels of depression and stress.

A research project on gratitude and thankfulness, called Dimensions and Perspectives of Gratitude, by Robert A. Emmons from The University of California, Davis and Michael E. McCullough from The University of Miami, two of the leading psychologists and researchers in the world on the topic of Gratitude and Mindfulness, made the following observation:

"Participants who kept gratitude lists were more likely to have made progress toward important personal goals (academic, inter-personal and health based) over a two month period compared to subjects in other experimental conditions."

I am thrilled at the advances science has made toward an understanding of happiness, which can be credited to many scholars like:

The list of psychological scientists who have greatly contributed to the discoveries in the "science of happiness" is vast, and continues to grow at a wonderful rate. However, science is only now beginning to prove what ancient philosophy has been preaching for thousands of years. In fact, a recent headline in the New York Times reads, "Science has now proven what the Chinese have been teaching for 2500 years, meditation works."

For millennia, some of the greatest spiritual teachers and philosophers have been trying to get their message across about how to live the good life, and it seems now that science has stepped in and proven their message to be scientifically accurate, the national media takes notice. The New York Times, Time Magazine and all the top national news media and talk shows have run more stories over the past two years about the Science of Happiness, than ever before. The personal growth and self-help industry in America alone has topped a staggering $15 billion per year.

Virtually all these books, videos, intensive weekend seminars and CD series programs are marketed to the adult population, for obvious reasons. Perhaps if this valuable life changing information were instilled into us as children, the demand would not be so high for these methods to create happier lives for ourselves as adults. In fact, children are likely to absorb and implement these tools into their lives far easier than grown-ups, because they lack the years and years of negative programming and self-limiting beliefs and doubts. If self-fulfilling beliefs and confidence were instilled in children, perhaps the statistics referred to at the beginning of this article would change over time.

Now back to the children, for whom this article is dedicated.

For the past seven years I have been lucky enough to be a stay at home dad, with our two wonderful boys, who are now nine and six years old. Kids have consumed the past seven years of my life, and for that, I could not be more grateful, because I have had the opportunity to share with my children the amazing life tools I have acquired, which have truly changed my life. Although I had a very difficult time finding the same information I had learned, put in terms a child can understand. Resultantly, I took it upon myself to create for them a sort of personal growth program for kids

Basing this program on a decade of personal research in philosophy and spirituality, combined with years of research in positive psychology and the "science of happiness," I mixed the two, and came up with a very simple and understandable interactive method to get the message across to my kids. The results over the past year have remarkable. So much so, that friends and teachers began to notice, and inquired as to what I was doing to have such emotionally intelligent kids.

I began to receive requests to package what I was doing with my kids, into a program in which all kids can have access. I was thrilled with the idea, so I created a program, An Exercise in Happiness, which can be implemented with ease into the classroom setting, or at the kitchen table. I decided to share An Exercise in Happiness with the Principal of a local elementary school, and he was thrilled to have his kids be part of the pilot program. The children in third, fourth and fifth grade listened to a fun and informative seminar of sorts about how this program works and why, and its intended results.

The participation from the children was fantastic, and they were very willing to share their dreams and life aspirations with everyone. The things they learned that day proved to have instant results, as I was informed by email from a fifth grade teacher. An Exercise in Happiness, has since been refined and improved and has received endorsements from the National Association for Self-Esteem, as well as Harvard Professor Tal Ben-Shahar.

There are many resources for parents and teachers to access information about developing "emotional intelligence" in their children. In fact, the term "emotional intelligence," was coined by Daniel Goleman, whose groundbreaking research led to his best selling book "Emotional Intelligence: Why it can matter more than IQ" (Bantam Books, ©2006). However, with life challenges and busy schedules, and the academic pressure placed upon parents and teachers to locate and implement these resources can prove to be difficult to accomplish. The Kids Can Do Anything program, An Exercise in Happiness is a simple way to instill this information in children and its fun exercise's require only minutes per day; while the benefits can last a lifetime.

Visit An Exercise in Happiness, where you will also find links to the valuable resources mentioned above. 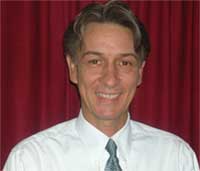 Originally, from Burlington Ontario Canada, Patrick moved to the United States in 1989. As a resident of Los Angeles he held a position as a freelance television and film property master and atmospheric special effects artist. McMillan met and married his wife Elaina, in 1992, and moved from California to Bailey Colorado, a beautiful mountain town about 45 miles from Denver in 1996.

The McMillans' first son, Hayden, was born in 1998, and their second son Liam came to us in 2001. Since becoming a father, he has enjoyed being a "stay at home". When questioned about his roll as full-time dad, Patrick had this to say, "No doubt, this has been the most physically demanding job I have ever had, but it has also proven to be the most rewarding and meaningful thing I have ever done."

For many years, McMillan had been very interested in the study of happiness, personal growth, and positive psychology, and has learned over the years how to implement this knowledge in his own life. In 2006, he was overcome with the thought "If I knew then what I know now," when I looked at our two children, and suddenly it became my passion to teach what I have learned to all children, not just his own. Thus was the beginnings of a life-long passion to help children through his program An Exercise in Happiness.