John justifies this by saying things to himself like, "it doesn't hurt anybody and besides I deserve it, look how hard I work" and "No one will ever know so what difference does it make?"

Every 39 seconds a new pornographic video is being made. There are 1.5 billion pornographic Internet downloads a month. Between the years 2005 and 2006 the pornography business increased by an almost a billion dollars.

Addiction is a growing problem

The definition of addiction is the state of being enslaved to a habit or practice or to something that is psychologically or physically habit forming. (Random House, Inc. 2006) When it comes to internet addiction, addiction is the urge or pull to seek distraction which becomes stronger over time. Sexual addicts have the desire and need to keep coming back for pornographic images often ignoring loved ones and family to view these images.

Internet pornography has been called the, "gateway drug to sexual addiction," by Dr. Victor Cline, a psychologist at the University of Utah. Dr. Cline states there are four stages of addiction: addiction, escalation, desensitization and acting out. This is the progression of the addiction. According to Dr. Keith Abrams, addiction is downloading pornography, or looking at pornography in the work setting, or spending three to four hours a night looking at it and neglecting relationships.

Pornography addiction can become unhealthy if guilt or shame is associated with it, or if the behavior puts the user or others at risk. Some may say that pornography is not an addiction but compulsive behavior. One person that says this is Louanne Cole Weston, Ph.D.

The rate that pornography increases on the Internet is amazing. Internet pornography statistics become outdated very quickly, especially in the Internet environment where numbers change daily. Porn revenue is larger than all combined revenues of all football, baseball, and basketball franchises. Every 39 seconds a new pornographic video is being made. There are 1.5 billion pornographic Internet downloads a month. Between the years 2005 and 2006 the pornography business increased by an almost a billion dollars. There is big business in pornography and many people who rally against pornography perceive that the actors and actress that create these images are preying on the emotional affected.

People may say that this addiction does not affect me, but then who does it affect? Is sex getting in the way of your life, your work, or your relationships? Are you having sex at inappropriate times or places, or with inappropriate people? (G. Collins, 2003) Addiction to Internet pornography affects all genders, all income brackets, and all sexual orientations, from straight men and women to homosexual men and women. Internet addiction does not care what race the addicts are either. Viewing pornography on the Internet can happen at home or at work. Many people who are addicted to Internet pornography have had dysfunctional families and have suffered from emotional, physical and/or sexual trauma. (G. Collins, 2003)

According to Dr. Robert Weiss, founder and executive director of The Sexual Recovery Institute, sexual addicts use sex as a means to cope, to handle boredom, anxiety, and other powerful feelings or as a way to feel important, wanted or powerful. These negative feelings of shame and guilt end up sabotaging relationships, careers and self-esteem. While sexual addiction is not defined by any particular sexual act, sexual addiction is defined by the feelings and activities surrounding sex.

These emotions and feelings affect the addict's family. Family members start to feel neglected. The addict spends less time with their children and spouse because they feel shame and are trying to cover their addiction, this can put a strain on a marriage. The addict spends less time with spouse and more time trying to view pornography or interact in strange relationships outside of marriage. Another strain on a marriage would be the financial end. Some addicts get into trouble in the form of maxed-out credit card and lost hours of sleep. This loss of hours affects ones job, which could lead to loss of income. (Weston, 2007)

For instance, if I apply to www.alt.com, which is a website that allows people to meet others individuals or couples for adult fun, a person could include meeting for sex or cyber-sex. This is only one of many websites that are free to the public. A person could pay money, and upgrade his or her account to view more extensive pictures, but most of the pictures available for free are often nude or of sexual acts. After doing some research I have found that just by going to Google, an internet search engine, selecting images and typing in pornographic I can view half a million different pornographic images. This is how easy it is to access pornography on the Internet.

After doing research I am finding that many of the services offered are to women to help men avoid or conquer this sexual addiction. There are many women services to help them respond to their husband's addictions. Donna Rice, an anti-pornography activist said, "Every woman can have a hand in pornography's downfall by doing the simplest of things: educating herself, her family, and others about its dangers." While this may be true, this information is important to all who are affected by addiction to Internet pornography. Education of a topic gives a person the knowledge and the know-how on what to do with the information they received.

There is treatment out there for addicts of Internet pornography. Most of these addicts are grouped with sex addicts. There is a very fine line between the two. How can a person be treated for such an addiction? Just like drug or alcohol abuse one must realize that he or she has an addiction. Sexual addiction or addiction to Internet pornography is treated as a physiological addiction. There has to be an underlying reason for ones sex addiction. But most of all the spouse or partner must be involved in the treatment. The most important predictor of relapse after treatment of sexual addiction is failure of the spouse or partner to be involved in the treatment program. (J. Schneider, 1991) 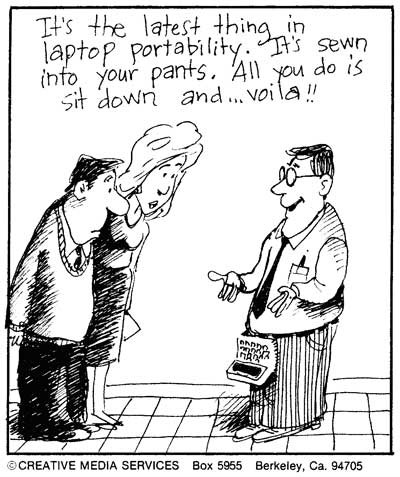 The Society for the Advancement of Sexual Health (SASH) is there to help. This website can help those addicts or families of addicts find help. Even though SASH does not endorse nor support any individual therapist, organization, institution or type of therapy, it does recommend places like The Sexual Recovery Institute (SRI). SRI offers 5- to 10- day workshops, individual, group, and couple treatment. They offer a 12-step program like in alcohol or drug treatments. This 12-step program has been adapted from Alcoholics Anonymous and has been varied according to what addiction is being treated. Another facility specializing in sexual addictions is the KeyStone Center. This is a 114-bed facility that also has a 12-step program for addicts.

"It's embarrassing for a grown man like me to have to tell you that I was in love with pictures. In fact, I was in love with Nina Hartley. For 10 years or so, I had almost every tape I could get, watching her be sexual with myself, and I lost two wives because I couldn't throw those away. I wasn't instructed enough to know that I could watch that and have a relationship with a woman. The hardest thing I ever had to do, the last piece of pictures with somebody else — the last picture was of me and Nina taken at the Mitchell Bros. adult theater, in the lobby — she didn't have any clothes on — I wish I didn't, but they made me keep them on at the time — that was the last picture I put in the fireplace, and I cried for two days." (Kernes, 2008)

Kelli Simkus attends the University of Phoenix where she has earned her associates degree in accounting and is working toward a bachelors degree in business management.