An Assault on the Human Condition 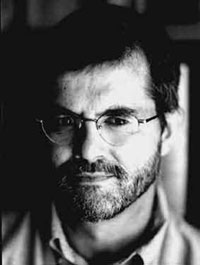 Bob Whitaker is the author of Mad In America: Bad Science, Bad Medicine, and the Enduring Mistreatment of the Mentally Ill.

Investigative reporter Robert Whitaker, author of the groundbreaking book Mad In America, is now pursuing a fascinating line of research into how the mammoth psychiatric drug industry is endangering the American public by covering up the untold cases of suffering, anguish and disease caused by the most widely prescribed antidepressants and antipsychotic medications.

Whitaker exposes the massive lies and cover-ups that have corrupted the Food and Drug Administration's drug review process, and co-opted research trials in order to spin the results of drug tests and conceal the serious hazards and even deadly side-effects of brand-name drugs like Prozac, Zoloft, Paxil and Zyprexa.

The story becomes even more frightening when we look at the aggressive tactics these giant drug companies have used to silence prominent critics by defaming them in the press, and by using their money and power to have widely respected scientists and eminent medical researchers fired for daring to point out the hazards and risks of suicide and premature death caused by these drugs.

Whitaker starts by debunking the effectiveness of these massively hyped wonder drugs -- antidepressants like Prozac, Zoloft and Paxil, and the new atypical antipsychotic drugs like Zyprexa. His research shows how they often are barely more effective than placebos in treating mental disorder and depression, despite the glowing adulation they have received in the mainstream media.

But he goes on to make the startling claim that these new psychiatric drugs have directly contributed to an alarming new epidemic of drug-induced mental illness. The very drugs prescribed by physicians to stabilize mental disorders in fact are inducing pathological changes in brain chemistry and triggering suicide, manic and psychotic episodes, convulsions, violence, diabetes, pancreatic failure, metabolic diseases, and premature death.

Whitaker originally was a highly regarded science reporter for the Boston Globe. When he began to research a series on psychiatric issues for the Globe, he was still a believer in the story of progress that psychiatry has been telling the public for decades.

In the August issue of Street Spirit:

He said, "I absolutely believed the common wisdom that these antipsychotic drugs actually had improved things and that they had totally revolutionized how we treated schizophrenia. People used to be locked away forever, and now maybe things weren't great, but they were a lot better. It was a story of progress."

That story of progress was fraudulent, as Whitaker soon found out when he gained new insight from his research into torturous psychiatric practices such as electroshock, lobotomy, insulin coma, and neuroleptic drugs. Psychiatrists told the public that these techniques "cured" psychosis or balanced the chemistry of the brain.

But, in reality, the common thread in all these different treatments was the attempt to suppress "mental illness" by deliberately damaging the higher functions of the brain. The stunning truth is that, behind closed doors, the psychiatric establishment itself labeled these treatments as "brain-damaging therapeutics."

The first generation of antipsychotic drugs created a drug-induced brain pathology by blocking the neurotransmitter dopamine and essentially shutting down many higher brain functions. In fact, when antipsychotics such as Thorazine and Haldol were first introduced, psychiatrists themselves said that these neuroleptic drugs were virtually indistinguishable from a "chemical lobotomy."

In recent years, the media have heralded the arrival of so-called designer drugs like Prozac, Paxil and Zyprexa that are supposed to be superior and have fewer side effects than the old tricyclic antidepressants and the first antipsychotics. Millions of Americans have believed this story and have enriched drug companies like Eli Lilly by spending billions of dollars annually to purchase these new medications.

Whitaker's research into the tragic cases of disease, suffering and early deaths caused by these drugs shows that millions of consumers have been misled by a massive campaign of lies, distortions, and bought-and-paid-for drug trials. Eminent medical researchers who have tried to warn us of the perils of these drugs have been silenced, intimidated and defamed. In the process, the Food and Drug Administration has become the lapdog of the giant pharmaceutical industry, not its watchdog.

Street Spirit interviewed Robert Whitaker about this new "epidemic" of mental disorders, and how the giant drug companies have profited from selling drugs that make us sicker.