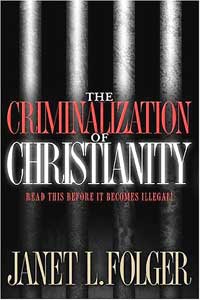 How to Treat a Bully

Bullies. They've been beating kids up and stealing their lunch money since grade school.

Ohio State Democratic Party Chairman Rep. Chris Redfern is a bully. But this is the Ohio General Assembly and not the playground, so he's not allowed to push people down anymore. So when the pastor of Calvary Bible Church in Lima, the Rev. Keith Hamblen, prayed "in Jesus' name" on the floor of the Ohio Statehouse, Redfern stormed off the floor. Bully for you.

That's not surprising. Bullies bully. Always have. What matters is our response. There are, of course, two ways to deal with bullies: back down or stand up. If you haven't caught on to the right answer by now, I'm betting you're still getting pushed around. Let me save you your lunch money: Stand up to the bully and he will go away.

You can tell a lot about a person by which course he chooses. Speaker of the Ohio House of Representatives Jon Husted and House Clerk Laura Clemens chose to back down. Rather than offend the bully, they chose to offend Christians and rip up the First Amendment by mandating that prayers to God could not mention the name of His Son — Jesus. Now the government-approved prayers will be censored of all references to "Jesus" within 72 hours by the Communist government, uh, I mean the Ohio Statehouse.

Speaker Husted, there is someone I would like you to meet. A friend of mine named Marion Ward. She was bullied, too. She was just a teenager, but she didn't back down. She was bullied by her teachers, her principal, her school board and a federal judge. Not just any federal judge, but a Judge Samuel Kent — who hates prayer even more than the chairman of the Ohio Democratic Party.

Take a look at what he said about prayer at high school graduations:

And make no mistake, the court is going to have a United States marshal in attendance at the graduation. If any student offends this court, that student will be summarily arrested and will face up to six months incarceration in the Galveston County Jail for contempt of court. Anyone who thinks I'm kidding about this better think again. ...

Anyone who violates these orders, no kidding, is going to wish that he or she had died as a child when this court gets through with it.

Where'd they get this guy? China? The Gestapo? The former Soviet Union? No, he's from Texas. And in order to pray, little Marion would have to go before this guy's court. So she did. And she won. She got to pray, but she didn't stop there.

She joined the efforts of her attorney, Kelly Coghlan and worked to pass a state law to let other kids pray, too. It turns out the Texas Legislature found out other kids were being bullied all over the state.

One mother reported how her little boy came home from school telling how he wasn't allowed to say the word "c-r-a-p" along with another illegal word he felt compelled to spell out, "G-o-d," in school. Others testified that their little girls were publicly reprimanded during a discussion of Easter. "What do you think of when you think of Easter?" the teacher asked. Children talked of eggs and baskets and jellybeans, but when two girls said "Jesus" and "God" (without spelling it out, apparently) they were humiliated and told that was "not allowed."

The "Religious Viewpoints Antidiscrimination Act" was introduced in the Texas House by Rep. Charlie Howard and signed into law by Gov. Rick Perry on June 11, 2007. Because so many were violating the First Amendment, the need to provide clarity was made evident. The bill, which was drafted for other states to utilize, guarantees students the rights to:

Rep. Josh Mandel, R-Lyndhurst, one of two Jewish members in the House didn't have a problem with the Statehouse prayer. He told the Columbus Dispatch: "Our country is based on freedom of religion, not a freedom from religion." He was right: "Clergy of any religion should have freedom to say the opening prayer of their wish."

So, Speaker Husted? Don't back down to the bullies. Stand up to them. You don't have to mandate sanitized prayers to a government god. You don't have to quit inviting Christians to pray for fear they might invoke the "J-word." That's a vital part of prayer. That's what we call Freedom of Religion. Freedom of Speech. Freedom of expression.

As we celebrate freedom this Fourth of July, don't violate this basic American principle.

If you care about freedom, do more than light a sparkler this Fourth of July: Tell Speaker Husted to stand up to the bullies at: (800) 282-0253.

Janet L. Folger is president of Faith2Action: turning people of faith into people of action to win the cultural war together for life, liberty and the family. Author of "The Criminalization of Christianity," she hosts a daily radio program from 2-3 p.m. Eastern and a daily radio commentary heard in 100 markets and at www.f2a.org.