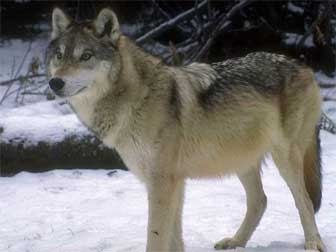 AB 1784: Mountain Lion Research Bill
on its Way to the Governor

MLF is calling on all mountain lion activists to contact Governor Brown and ask him to sign this bill. AB 1784 is critical to the continued survival of California's lions because it will:

LINCOLN — Nebraska's wildlife agency wants its ducks in a row in case it needs to declare open season on mountain lions. A bill introduced Tuesday in the Nebraska Legislature would allow the Game and Parks Commission to set a season and sell permits to hunt the state's largest wild predator.

Rep. George Miller (CA) has introduced the Protect America's Wildlife (PAW) Act, legislation to close a federal loophole and curb Alaska's brutal aerial hunting program -- and prevent programs like it from spreading to places like the Greater Yellowstone region.

Legislation introduced would protect wolves, bears, and other wildlife from the illegal and inhumane practice of airborne hunting. The new bill would close a loophole in federal law that Alaska officials have exploited to permit individual hunters to shoot and kill nearly 700 wolves from aircraft in the past four years.

Assemblyman Bill Maze, R-Visalia introduced AB 1143, and has been amended by the Senate. This bill would require the Department of Parks and Recreation to determine whether the property proposed for acquisition is mountain lion habitat, and, if so, to include in a request for funding to acquire the property a separate request for funds sufficient for the posting of warning signage to alert persons entering the acquired property that it has been identified as mountain lion habitat.

Let me get this straight. We don't have enough of a mountain lion problem to impliment hunting practices but we do have enough of a concern that posted signage is necessary... Only in California folk, only in California. A "News" search on Google for "Mountain Lion" brings up hundreds of results. This is an ever growing issue that we will be forced to deal with, one way or another in the very near future. Let's just hope our legislators decide to act before a child is attacked or worse, killed by a mountain lion or cougar.

Bill Status: The California legislative session is now officially closed, which means that AB 24 will not be passed this year.

Those living in Mountain Lion territory will receive no assistance this year in dealing with the growing menace. AB 24 has been gutted and now provides only that a study be commissioned to report on the problem.

Assemblyman Maze points out that ten of the fifteen verified mountain lion attacks on humans in California history have occurred over the past fifteen years. However, it is unclear whether this is due to an increase in mountain lion population and more aggressive mountain lion behavior, or to lack of prior reporting and/or encroachment of human development into mountain lion habitat.

According to the Department of Fish and Game (DFG), only about 3% of mountain lion siting reports result in a mountain lion being identified as an imminent threat to public safety and killed.

AB 24 passed the Committee on Water, Parks and Wildlife unanimously on April 26th and has been referred to the Appropriations Committee for further review.

The hunting of mountain lions could become legal again in California under a bill introduced by Assemblyman Bill Maze (R-Visalia), who worries about public safety in his district due to the rising mountain lion population.

California banned hunting mountain lions in 1972, voters spoke again in 1990 and made the ban permanent. Cats who make a menace of themselves by harming humans or causing property and livestock damage, can still legally be put down.

"We need to be doing our part to have a reasonable amount of control here of these large cats," Maze told a KCBS reporter. "We continue to see a growing population of these large cats which for the most part there is no known predator. They're just about the top of the food chain."

Humane Society of the United States

The Humane Society of the United States (HSUS), is up in arms regarding the proposed hunting lottery. Their site states in part:

A.B. 24 promotes random killing, whether or not that lion has created a problem. A.B 24 also removes protections for mountain lions established with the passage of Proposition 117, an initiative measure approved by the voters in 1990. Furthermore, there is no evidence that trophy hunting reduces human conflicts with mountain lions.

The reason for the increase in attacks and sightings in California is absolutely clear. It is estimated that California has a population of between 6,000 and 8,000 mountain lions. These increasing numbers should be cause for concern due to their rate of procreation, (as shown below). The estimated number of lions is probably not far off from what it was prior to the decimation of their population in the early part of the last century.

According to Arizona Game & Fish:

Mountain lions may breed at any time of the year, and consequently litters may be born in any month. Summer is when most kittens are born, with usual litter sizes of two to four cubs born after an 82 to 98 day gestation period. Females breed every year.

Cubs remain with their mother for 15 to 22 months learning the skills necessary for survival. Juvenile males tend to disperse long distances compared to juvenile females. Mature females may be accompanied by cubs, but are normally not associated with other adult animals except for mating purposes. A mountain lion's natural life span is approximately 12 years in the wild and up to 25 years in captivity.

Mountain lions are carnivores and prefer large game, such as: deer, bighorn sheep and elk. They will out of necessity, also feed on wild hogs, birds, raccoons, rodents, rabbits, wild sheep, and porcupines. When other sources are not available they will resort to consuming livestock and domestic animals if an opportunity presents itself. 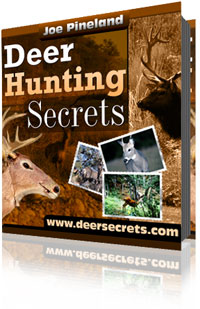 Clearly if we have 3,000 lions giving birth to just three lion cubs in any given year, we are looking at huge numbers. Even if we calculate in a low mortality rate, the numbers are substantial. Out of a possible 9,000 newborn cubs, if even just half of them survive, it's obvious, at least to me, that it won't be long before the lion population is going to over-flow it's current boundaries as more lions vie for a limited amount of food available to them.

Estimates on the actual numbers of mountain lions in California are nothing more than wild guesses, since studies such as those required to determine accurate mountain lion populations are costly, it has been many years since the funding has been made available.

These types of studies were normally funded by hunting licenses issued by the state, since hunters are no longer purchasing licenses and the wildlife preservation community has nothing to gain by determining the actual numbers of mountain lions, it's really a crap shoot.

When we exam the needs of a mountain lion, we find that a single male will have a home range, which consists of at least a 100 square miles. Females generally use smaller areas--about twenty to sixty square miles. Along the western slope of the Sierra Nevada, where competition for habitat is intense, as many as ten adult lions occupy the same 100 square mile area.

The over crowding of a mountain lions territory can create some pretty intense competition simply for survival.

According to Tom Chester who's website tracks "Mountain Lion Attacks On People in the U.S. and Canada":

Mountain lion attacks on people apparently increased dramatically since 1986. For example, in California, there were two fatal attacks in 1890 and 1909, and then no further attacks for 77 years, until 1986. From 1986 through 1995, nine verified attacks occurred, an average rate of almost one per year. Attacks were numerous enough to form a support group for attack victims, called California Lion Awareness

Stephanie Cruickshank, head of California Lion Awareness, dissolved her organization after someone shot at her house in Auburn.

This issue I fear is one that is not going to go away any time soon. Regardless of whether or not this piece of legislation gets passed, this is going to be a recurring topic of discussion. After all, the human population in our state has exploded in recent years and with the growing wildlife populations, we have more humans and animals attempting to claim space for themselves.

I sincerely doubt this bill, allowing a hunting lottery of 116 lions is going to make much of an impact on the situation we are facing.

We can only hope that things remain civil this time around and that citizens will take an active interest in this piece of legislation. We should be looking at the effectiveness of hunting programs in other western states to see how they have affected the lion population before we dismiss this bill out of hand.

As our population continues to grow we will be faced with more hard choices. Let's hope cooler heads prevail and the decisions are based on facts and not emotion.

Do you live in Mountain Lion country? We'd love to hear from you. What do you think?
Should Mountain Lion Hunting resume in California?