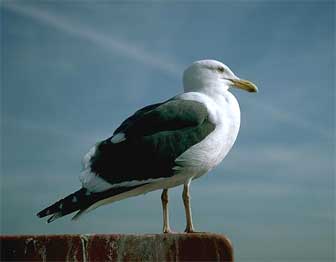 Where Do Birds Sleep at Night?

You've probably heard of the Birdman of Alcatraz? Well, what you many not know is that Massachusetts has their own "Birdman," Mike O'Connor, owner of the Bird Watcher's General Store, writes the popular column "Ask the Bird Folks," for The Cape Codder newspaper.

Even though I don't live near water I regularly see gulls flying around my neighborhood. I understand that they don't have to live by the "sea," but my question is: Where do the gulls go at night? They must sleep at some point, but I can't imagine they roost up in the trees like the other birds do.
~Polly, Needham, MA

Speaking of sleep, Polly, I swear I've answered this question before, but after checking our vast archives I can't find a single column on sleeping birds, so maybe I just dreamed that I wrote one. Did you ever do that — think something really happened only to figure out later that it was all a dream? It happens to me a lot.

Like the time I went Rollerblading along the Cape Cod Canal with Barbara Walters. I'm positive we stopped for ice cream afterwards, but Barbara says we didn't. So I guess I must have dreamed about the ice cream. (I do that a lot, too.) But whether I've written about sleeping birds before or not, it's a good topic, so let's do it.

It's pretty dramatic when you think about it. All day long the trees, fields and skies are filled with birds of all sizes. But as soon as the sun goes down they disappear, leaving the owls to have all the dark hours to themselves. Well, that's not entirely true, but more on that later. Let's start with the gulls first since you did ask about them. Or did I dream that, too?

Although it's not true in every case, most birds tend to roost in the same type of habitat that they choose to nest in. You would think that a dense thicket or the top of a tall tree would be an appealing place for both building a nest and for sleeping; and for some birds, it is...but not for gulls.

They like it out in the open. Barrier beaches, dunes, sandbars, and lightly vegetated islands all appeal to gulls looking to build a nest. The same locations are also attractive to gulls when it comes time to getting some shuteye. However, inland gulls can't go running back to the beach every night, so they look for similar habitat locally. Open fields, parks, parking lots, and even rooftops of large buildings are substituted for beaches.

Sleeping in the middle of a parking lot doesn't sound very cozy to me, but gulls are a paranoid lot. They like to be out in the open where they can see danger coming from a long way off.

Gulls, and most birds, have a reason to be paranoid. The second they close their eyes there is a chance that something will try to eat them. Because of ever-present danger, they rarely have anything close to a solid eight hours. 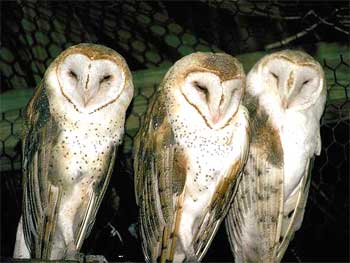 Most of what birds experience is nothing more than a series of, for want of a better word, catnaps. They must constantly be aware of their surroundings. Some experts have suggested that they can literally become "half-asleep." Half of their brain shuts down, while the other half stays alert.

I don't think I would last very long as a bird, since I'm a super-deep sleeper. If an owl came and ate me during the night, I probably wouldn't wake up until the next day, when I was spit out as a pellet.

I'd bet that most people think when a bird sleeps it tucks its head under its wing. But think about that for a minute. Could you sleep with your head under your arm? Not me. There is no way I could sleep with my nose anywhere near my underarm.

Of course, not all birds are as willing to sleep out in the open like the gulls. Most songbirds seek thickets and dense trees to sleep in. Woodpeckers typically sleep in the holes they are so fond of making. Chickadees and bluebirds also use woodpecker holes when nights are especially cold.

Sea ducks have the worst of the worst sleeping arrangements. Not only do they sleep out in the middle of the ocean, with no protection from the wind, but also they have to deal with the ever-turning seas and have who-knows-what swimming underneath them. Plus they are constantly wet. And we complain about scratchy sheets.

As I mentioned earlier, for birds sleeping isn't always a strictly day/night situation. Many diurnal birds will doze off during the course of the day while they digest their food.

Other birds, like shorebirds, herons and some ducks, aren't necessarily tied to the rising and setting of the sun. They also have to pay attention to the rhythms of the tides. If the tide is better for feeding at night, then that's when they head out.

So go check the local parking lots and parks tonight, Polly. You might find some sleeping gulls. And if you happen to see Barbara Walters Rollerblading by, tell her that I owe her an ice cream. 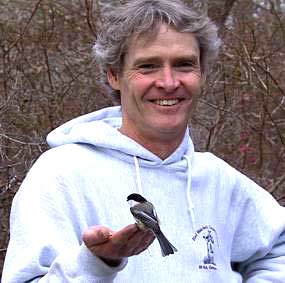 If you are ever in the neighborhood be sure to stop in and and say hello!

This article was originally published by the Bird Watcher's General Store and is reprinted here with permission.